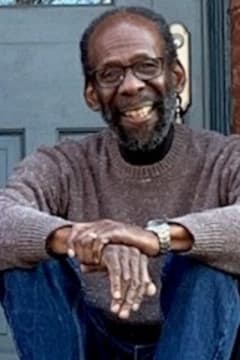 Walter Jones passed away on December 29, 2020, at the age of 75. Beloved husband of Sarah Beaman-Jones, our dear father and grandfather.

Walter was preceded in death by his parents, Geneva Jones (nee Lovings) and Walter Jones Sr., and two of his sisters, Ella Louise Binion and Virginia Stegall. He is survived by his wife, Sarah Beaman-Jones, his children, Jennifer Jones and Jeremy Jones (Jeanne), his grandchildren Devin, Lawrence, Campbell, and Norah, one great-grandson, Joshua, and his sisters Cora Mae Hicks and Johnell Nash.

Walter grew up in North St. Louis as the youngest and only boy in his family. He had many wonderful memories of his childhood and youth as a cherished member of his large extended family. Walter attended Vashon high school, graduated in 1963, and headed off to enjoy several years of learning and playing football at Alcorn State University. Walter met his future wife when they were both working at Edgewood Children's Home (now GreatCircle) in Webster Groves, and the connection they formed blossomed into a lifelong love affair. The couple married in a small ceremony and spent 52 years together.

Walter and Sarah moved to Lafayette square in 1971 and soon found the house they would rehab together for the next 48 years, restoring the house, built in 1891, which had been badly burned and condemned into a treasured family home. They raised their two children in the Lafayette Square neighborhood which became their extended family. Block parties, concerts in the park, shared childcare, and adventures in rehabbing old homes created a rich and welcoming community that Walter and Sarah flourished within.

Walter loved spending time with his family, and often remarked on how he could not have imagined a more wonderful life for himself. He was known as one of the friendliest, kindest men you could ever meet. Walter was patient and warm, with a gentle smile. He took the time to really listen to people, both in his long career as a housing specialist and with his family and friends. He did more listening than giving advice, but one piece of advice he will be remembered for is that a man should always carry a belt, a handkerchief, a pen, and a pocket knife. Walter was a well-known weekly shopper at Soulard, enjoyed working out at the Y, and spent many a weekend shopping at various hardware and thrift stores, often ending with a trip to Crown Candy Kitchen. He would describe himself as a "short-order cook" with a few specialties, including his fried chicken, taco shells from scratch, and ribs covered in his famous homemade barbecue sauce. He and Sarah traded nights of cooking, but reserved Fridays for date night, often trying new restaurants together. Saturday or Sunday were for family dinners with his kids and grandkids and warm Thursday afternoons were reserved for gin and tonics in the backyard with his wife. Known as Bop Bop to his grandchildren, Walter's Saturday morning bacon and egg breakfasts and cartoon watching, a tradition he started with his children and continued with his grandchildren, will never be forgotten.

On Tuesday, February 5th, Walter was buried in a green burial in the meadow in Bellefontaine Cemetery. A small family services was held, during which the gathered sang Will the Circle Be Unbroken and his wife shared these words:

So faith, hope, love, abide, these three; but the greatest of these is love.

One of the biggest traditions in Walter's life was the annual Christmas Eve party hosted in his home beginning sometime in the 1970s. Family and friends gathered to share good food and drink, exchange small gifts, sing carols, and enjoy the warmth of community. For the last 15+ years, instead of exchanging gifts, the gathered brought items to auction, donating the money raised to various charities. Following in this tradition, in lieu of flowers, donations can be made to Kiva in honor of Walter Jones.

Those of us who had Walter in our lives were exceptionally fortunate. Whether wife, children, grandchildren, relatives, colleagues, friends, or acquaintances, we had a person who enlightened our lives. The stories of his childhood and growing up always brightened his voice as he told of those days and times. His meeting and courtship of Sarah is a tale of love and affection that blossomed and gave them happy lives through the decades. His loving care of his children and their love of him into adulthood expressed high mutual regard. One of his delights was having Jennifer and Lawrence on the third floor for many years. He was proud of his children’s accomplishments, the relationships they formed – Jeanne with Jeremy and Doug with Jennifer. He told tales of the pleasure he had with Norah, Campbell, and Lawrence.

The routine of his life was filled with simple pleasures that were also the necessities of life—Saturday mornings at Soulard Market, ice cream from Crown, trips to the hardware store. The larger cycle of the year had at its center the Jones’ Christmas eve party. Buying and wrapping presents, the fireplace fire, turkeys and hams, the beautifully laid table, the myriad of friends and family over the decades, later Jennifer’s auction, then, late at night, Walter finishing cleaning the kitchen and wrapping the last presents.

Walter loved good coffee, even late at night. He loved staying up late, watching old science fiction movies and every version of Star Trek, reading, and working on the house.

He treated the people who he served in his work honorably, respectfully. They enjoyed his friendly ways—the elderly whose homes he improved, the contractors who did the work.

His colleagues esteemed him highly, delighted in his company.

The faces of the folks he dealt with at Soulard turned to smiles and their voices to happy conversation when Walter came to their stalls—the meat and chicken ladies, Joan, the vegetable lady, the watermelon man. Walter gave them more than money when he bought their goods.

The great work in Walter’s life was the house in Lafayette Square. The story of how it came into Sarah and Walter’s life is well known. Walter’s art in scavenging in the early days and skill in all the crafts of home repair, developed into the work of a true artisan. It has, for decades, been a place of warmth and comfort. The third floor was home to several fine tenants before Jennifer and Lawrence made it their home. When they moved to Jennifer’s lovely home, it became the home away from home during the twice-yearly visits that Sarah Barker and I made, sometimes along with Ravenna and her family. Outside, Sarah did the same with the yard, turning it from a car mechanic’s wasteland into a garden treasured for its variety and beauty.

A great companion, I will remember him with love. I value the many hours of conversation we spent. During our many visits to the Jones home over the twenty-one years since we left, Walter and I often stayed up after the others had gone to bed to visit, a glass of bourbon or rum cooled by his famous ice chunks, and talked. In the backyard in summer, in front of a fire in winter. We talked about our families most of all, our childhoods and the years after, St. Louis, politics, work. I am sure all of us had similar experiences with him, all to be recalled fondly. His kindness to all, his friendly way, and his thoughtful words are a gift to be cherished by all who knew him.

Now, go forth, good friend, to whatever lays beyond.