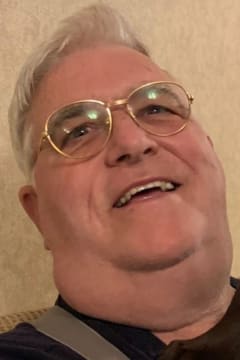 On the evening of March 31, 1950, in Troy, New York, Jennie Shaw O’Keefe and John Joseph O’Keefe, Jr. welcomed Timothy Francis into their family. Tim was the third of what would become their family of nine children. He was raised in Watervliet, NY in a closely knit community of friends and extended family. Although Tim appeared devout as an altar boy at the Sacred Heart Church, he was better known as the trickster of the neighborhood. All who knew him agreed that the “troublemaker” insignia on the back of his tee shirt suited him well. From childhood until his demise, Tim was both smart and clever.

After the family relocated to Buffalo, NY, in 1963, Tim attended Jesuit institutions – Canisius Highschool (class of 1968) and Canisius College (class of 1972). Tim received his medical degree in 1976 from St. Louis University School of Medicine and completed a residency in Internal Medicine at Deaconess Hospital. He worked in Emergency Medicine in the St Louis area. Tim loved this fast paced work and spoke fondly of his co-workers.

As a teen, Tim had lots of friends and acquired a life-long fondness to the music of the era – especially the Beatles, Wilson Pickett, and Otis Redding. Family dinners with an audience of 11 provided a venue for Tim to launch contentious debates, and he taught others the valuable lessons of how to state our opinions and hold a position.

During Tim’s teen years, he first manifested his love of animals. He somehow talked the neighbor into giving him their new tiny black puppy. Muttley was adorable and also the longest surviving of the O’Keefe family dogs. And for the rest of his life, there was an on-going menagerie of dogs and birds in his top floor condo. He loved talking with Scarlett, his African Grey parrot, and his chihuahua, Paco, and his recent service dog, Sabrina accompanied him on his daily visits to Whole Foods and other neighborhood establishments.

Residents in the Central West End neighborhood enjoyed the decorative lights on Tim’s top floor balcony. Tim had lights that changed color, lit for different holidays, so the balcony served as entertainment all year long. Close up the balcony was adorned with Tim’s favorite flowers.

Throughout his life Tim was an entertaining storyteller. Perhaps his Irish lineage gave Tim a leg up on story telling. He engaged whoever would listen – family, friends or strangers. The content often varied but the insights he brought to the latest news were unique. We often learned more than we wanted about the stock market, the scoundrels who manipulated the market, scandals of Enron or Theranos, racial unrest in St Louis, or of course, stories about his pets.

The family expresses their thanks to his physician Dr. David Prelutsky, the staff at Barnes Jewish Christian Hospice, and the physician and nursing staff at Evelyn’s House in St Louis.