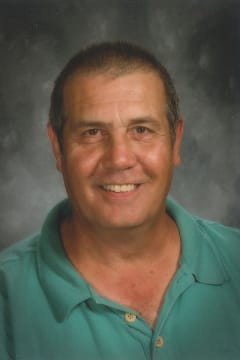 John was born August 25, 1946 in St. Louis, died August 22, 2020 at home in St. Louis. He is survived by his wife, Judy, two sisters – Rosemary and Patricia and one brother – Butch, one sister, Delores, preceded him in death. He is also survived by four sons – Matthew and Glenn, and – Matthew and Joshua. He leaves behind seven grandchildren – Miranda, Matthew, Nathan, Jack, Jessica, Alyssa, and Samantha.
John earned a BA in History, a MEd in Secondary Education and 33 hours toward a doctorate. John was in the Air Force and after studying Russian was posted in England.
He taught middle school history, government and geography at Cross Keys Middle School in the Ferguson-Florissant School District for 34 years. He served as Team Leader, chaired the Building Improvement Committee, and was an advisor for eight years. He retired in 2005.
John was an active member of the NEA serving as a national delegate to nine conventions. He was on various committees at the state level and served for six years on the Board of Directors. He was the local FFNEA president and for thirteen years was a member of the Professional Negotiations Team. John received the Lorna Bottger Award for Political Action in 1982.
John enjoyed reading, especially historical biographies and anything by John Irving or David McCullough. He was a devoted Beatles fan, enthusiastically completed the New York Times Crossword puzzles, and enjoyed attending live theatre (was an avid season subscriber of the St. Louis Repertory Theatre for over a decade), and participated in the Speakers’ Series at Powell Hall. He and his wife enjoyed current movie presentations. John also traveled extensively to Europe, Asia, the Middle East and South America. Domestically he and his wife spent Septembers in Maine sightseeing and feasting on seafood.
John, along with several friends, participated with the “Men of Golf” for many seasons. He absolutely loved the game.
John was a faithful member of Second Presbyterian Church in the Central West End. He was devoted to serving in the food pantry, served on the governing body, the Session, and chaired several committees.
John journaled and wrote poetry and many thoughtful letters to his wife of 31 years, Judy. He read Emily Dickinson, e. e, cummings, and John Dos Passos.
In order to gather safely a Memorial Service will be held at Second Presbyterian Church in the Central West End on the anniversary of John’s death – Sunday, August 22, 2021. There will be a commitment service for family and close friends at Bellefontaine Cemetery on September 26 at 11:00 am.

Please share a condolence, photo or memory of John. We welcome all condolences that are positive and uplifting that will help family and friends heal.