Did you know that Bellefontaine Cemetery and Arboretum has 10 Medal of Honor recipients—more than any other Missouri cemetery? They are listed below in alphabetical order with their rank at the time of their heroic action.

If you would like to download a free map to locate their final resting places, please provide your information below.  You will be added to our monthly email list and receive advance notice of news and upcoming events.

About the Medal of Honor

Created in 1861, the Medal of Honor is the highest award for valor in action against an enemy force which can be bestowed upon an individual serving in the Armed Services of the United States. The award is generally presented to its recipient by the President of the United States of America in the name of Congress. It was on March 25, 1863, when the first Medals of Honor were presented.  Secretary of War, Edwin Stanton presented Medals of Honor (Army) to six members of  “Andrews Raiders” for their volunteering and participation during an American Civil War raid in April of 1862.

Below: Medal of Honor flags and the American flag displayed at Bellefontaine Cemetery and Arboretum. 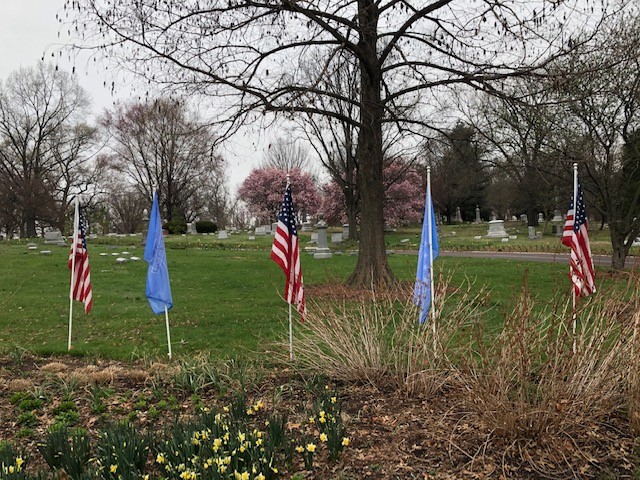