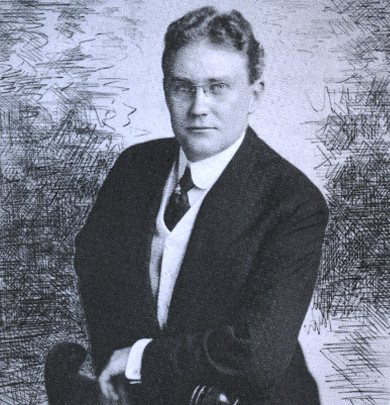 During a trip to Italy in the early 1900s, Herman Luyties, owner of the first proprietary drug store in St. Louis, met a voluptuous model for an Italian sculptor. He fell in love with her and proposed, but she declined. Heartbroken, Luyties commissioned the sculptor to render a 12-foot marble statue of his beloved.

The statue was shipped to St. Louis, where he kept it in the foyer of his Portland Place home. The several-ton statue was moved, because of its extreme weight, to the family burial plot in Bellefontaine. When the weather began to deteriorate the marble, he had to enclose her in a glass-fronted case. Luyties died at age 50 and was buried at the foot of “the girl in the shadow box.”