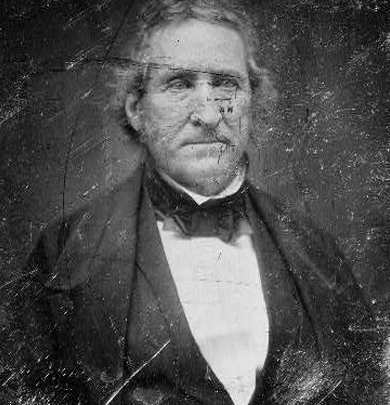 When Missouri entered the Union as a state in 1821, Benton became its first Senator, serving in that capacity for thirty years. A devoted follower of Andrew Jackson, Benton’s fight for gold and silver currency won him the nickname “Old Bullion.” He was a stout defender of the Union in Congress and a noted Congressional orator and historian. In his support of expansion, he was responsible for the eastern portion of the Missouri Pacific Railroad starting at St. Louis, thus making the city a nineteenth century railroad center.

The most notorious of local duels in St. Louis in that era was fought between lawyers Benton and Charles Lucas in 1817, on Bloody Island in the Mississippi River. Lucas was wounded and survived the first duel but was mortally wounded during the second fight.